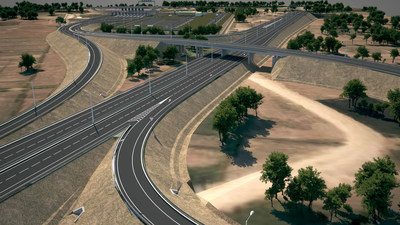 Users have access to both utility and construction information, which enables faster collaboration and drives constructability from the start. With the ability to organize, group and control data sets within a single model or project, Quadri software delivers reliability and transparency of key features and work streams throughout the asset lifecycle.

At the center of the integrated common data model is the digital twin, or virtual model, where users can view, manipulate and test an as-built representation of the project for Internet of Things (IoT) integration. The BIM collaboration software also enables stakeholders to maximize the value of their existing technologies on a software-agnostic platform based on open standards and with API connectors. Additionally, 3D BIM modeling saves time and money by reducing the number of documented drawing sheets by up to 90 percent.

"Trimble Quadri streamlines the data flow from design to construct, providing designers, civil contractors and owners a common data environment to collaborate on infrastructure projects in real-time," said Shelly Nooner, general manager, Trimble Civil Design and Engineering Division. "Available in Europe since 2013, the software has been used in infrastructure projects throughout Norway after the Norwegian Public Roads Administration began requiring digital design models. In preparation for the release in North America, we have been running pilot programs with several U.S. DOTs, including the New Mexico DOT, to understand their needs as they prepare for the Federal Highway Administration's Every Day Counts initiative. Similar to the Norwegian Administration, this initiative promotes wider technology adoption to manage rising costs in infrastructure maintenance."

"The sooner that we can bring designers, engineers, and contractors together, the more efficient a project will be," said Priscilla Benavides, design manager, Central Region New Mexico DOT. "A collaborative platform such as Trimble's Quadri software helps us think as one and work toward efficient project delivery from the design to the constructible model."

A virtual launch and demo event will be held on April 27. Register for the event or for more information, visit: constructionsoftware.trimble.com/quadri.